In the beginning, while starting in on the grandest of Ikea kits that ever will be, God stumbled upon the instruction manual for assembling wings. The boney-yet-pliable appendages turned out to be a small, yet important part of the whole.

When flapped just so wings, God discovered, could propel a creature into the air, enabling them to soar through the skies.

What a great feature, God concluded. I shall fill the air with this new creation as far as the eye can see. And it was so. Not content to make just one kind of anything, diversity became a cornerstone of God’s grand design.

Before long there were little birds, big birds, hairy birds, bald birds, skinny birds, fat birds. And redbirds, bluebirds, blackbirds, yellow, brown and white birds too. They lit up the sky in a gorgeous mosaic of motion.

The Creator looked around at the vibrant, colorful hues that flapped all around and smiled. It was good, God realized. The Maker hummed a happy tune and rummaged around the massive box for another set of instructions to try.

The birds, free to fly any which way the winds may lead, began to make friends.

Flamingos found their bright pink kin and gathered.Cardinals started hanging with their own.Peacocks, excited to show off their splendor, got together too.

Birds of a feather flocked together, time and time again.

Flocking, it turns out, had some advantages. When migrating from one place to the next there is safety in numbers. It’s harder for a predator to catch a flocked bird than when the bird is alone. And flocks help with finding food. With more eyes looking for their next meal, chances are better of finding it. When one discovers lunch, others share in the feast too.

Day 6With the winged flight project now complete, God sifted through the remaining parts, excitedly considering what else could be made. Right at the bottom of the pile, below the head and the heart, the Creator found instructions for making feet. These small features turned out to be pretty special too.

When directed just so feet, God found, could move a creature across all sorts of terrain, up hills, down valleys, through plains.

God realized feet were a great, well, feat. The Maker then put them on all sorts of living things, happily singing a tune as construction moved along. When the Creator got to the final pieces in the kit, and found what would become humans, God knew just what to do. The Maker lovingly looked at the newly formed humans. From the top of their heads to the tips of their footed toes, they too were good.

Tired from the effort the Master Builder decided it was time for a nice, long nap.

Soon enough the diversity designed into people started to shine through. There were little people, big people, hairy people, bald people, skinny and fat people too. There were people in an assortment of colorful hues, from tan to brown to black, with countless shades between.

GroupsBut people, it turned out were were much more complex than that. As languages developed so did beliefs, behaviors, certain ways of being. Humans also realized there was strength in numbers; that it was harder to be hurt when you weren’t alone. That it was easier to eat when more eyes looked for food.

Free to point their feet any which way they wanted, people began to make friends. They clustered with one another based on how people looked, believed, behaved.

Birds of a feather flocked together, again.

Before you knew it some had settled in the hills, some the valleys, still others the plains. People learned that with effort they could get along with their own kind, sometimes. But outsiders? It was best to keep them out.

From this mindset came disagreements, arguments, bloodshed, war. God looked down at Creation, designed so precisely, so perfectly, and saw what humanity had become. God couldn’t help but feel sad.

RedoDetermined not to give up the Maker asked for help. Son, I need you to do something for me, God said. Go down to earth. While there show my people the way.

Find some of your own friends down there, Son. About twelve should do. Teach them to appreciate the beauty of the world around. Share the instructions I used with them in the beginning. For humans were designed to care for creation, and each other, along the way.

So Jesus went and dwelled among the people. Soon enough he’d found those dozen friends. With the two feet God had given each, they set out on a divine journey to set things straight, once again.

When the day came for Jesus to be baptized, God sent a flighted friend, a dove, down from heaven to mark the occasion. This is my Son, God reminded those gathered that day, with whom I am well pleased.

As Jesus went from town to town with his friends he healed, created, challenged others to love. When manmade borders appeared, be they defined by gender, status, country, race or creed, Jesus crossed them all.

This lack of rule following ruffled feathers to say the least, even among the twelve. Once, after seeing a healing performed by another, done in the name of Christ, John complained. He was not following us, John reasoned.

Yes, Jesus replied, but he was following me. Anyone who so much as gives a cup of water to another is on God’s side. For it is care of each other, despite the differences we use that harm, that matters most of all.

TodaySo often we use difference to divide. And that simply need not be. Christ-followers become Catholics, Lutherans, Baptists, a seemingly endless splintering of what God intends to unite. While it’s fun to celebrate a particular team – Go ELCA Lutherans – when it comes to how we serve our neighbor none of that matters much.

So give water to the thirsty. Feed the hungry. Welcome the stranger. Clothe those without. Care for all of God’s beloved, without exception. Do so as a follower of the Son of God. Nothing less, nothing more. Do so with a brilliant tapestry of fellow Christ-followers at your side. Do so with fellow Christ-followers who may not look like, believe like or always act like you.

With that you become part of a much larger flock, just as God intends. For that, my friend, is when our faith, as guided by the winds of the Spirit, begins to truly take flight. 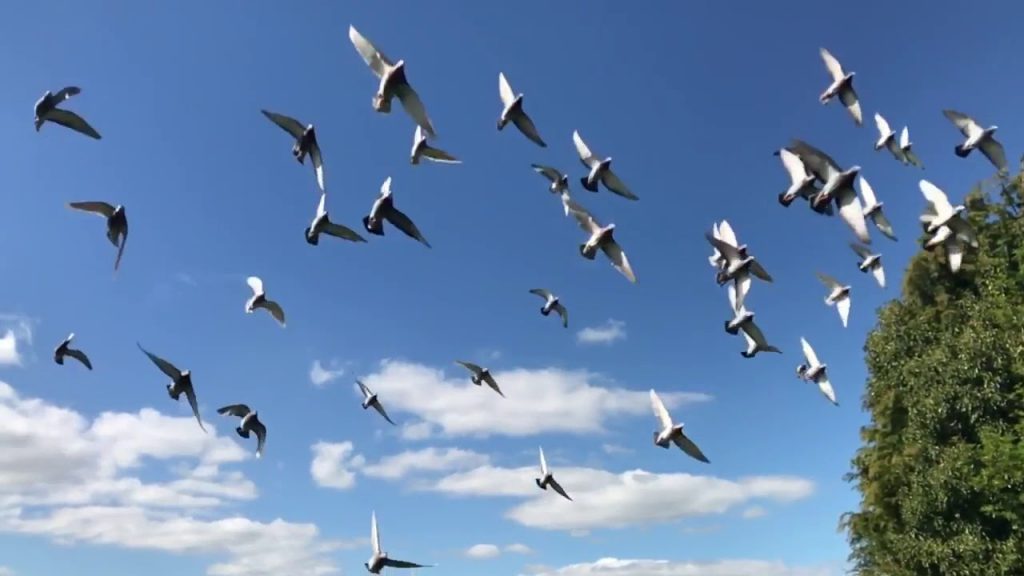