In the mid-90s, soon after switching undergrad majors from Engineering to Psychology, I found myself taking a class on generational psychology. This particular branch of social science explores how groupings of people are assigned based on their birth year and what makes each group unique. With generations come shared experiences, values, perspectives, ties that bind.

As a twenty-year-old, living at college among my generation I found the course fascinating.

These days generations are a hot topic. It’s easy to learn about which group we’re part of, and what makes them who they are.

If you’re between ages 76 and 93 you are a member of the Silent Generation. Your cohort saw the fall of Naziism, found success by following rules, and even created rock n roll.

If you’re between 57 and 75, you’re a Baby Boomer. Your generation was more affluent than your parents, you were there for the rise of hippy culture (love me some tye dye t-shirts), and you witnessed the 1960s civil rights era firsthand.

Those of us aged 41 to 56 are GenXers. Our group is best known for increasing numbers of women in the workplace, and being the first to grow up with home computers, video games, MTV, alternative rock too.

Generations tend to include 15 to 20 years of people, with borders often defined by changes in birthrate and cultural milestones.

But on occasion social scientists also coin terms for smaller groupings called micro-generations. For example, if you were born between 1980 and 1985 congratulations, you have a very funky label; you are a Geriatric Millennial.

The label suggests you are at the older end of that particular group.

Pastor Bryan is a Geriatric Millennial. Even though he’s six years younger than me. I can’t help but joke about it. Don’t forget to take your Flintstones vitamins, Pastor, just to be safe!

One of the downsides of generations is they can, at times, lead to unkind comparisons – like I just did with Pastor Bryan – and with it assumptions that one generation is better than the next. Sometimes these assumptions turn into sayings. Occasionally these sayings get codified into memes, a communication style brought to us courtesy of Millennials.

(thank you Millennials for that)

Many digs on other generations begin with the phrase, “when I was your age…”

Here are a few memes about that for fun:

…I had to walk to school, uphill, in the snow, both ways.

Or this one, from the movie Princess Bride, that features an older Peter Falk telling a story to a young Fred Savage… 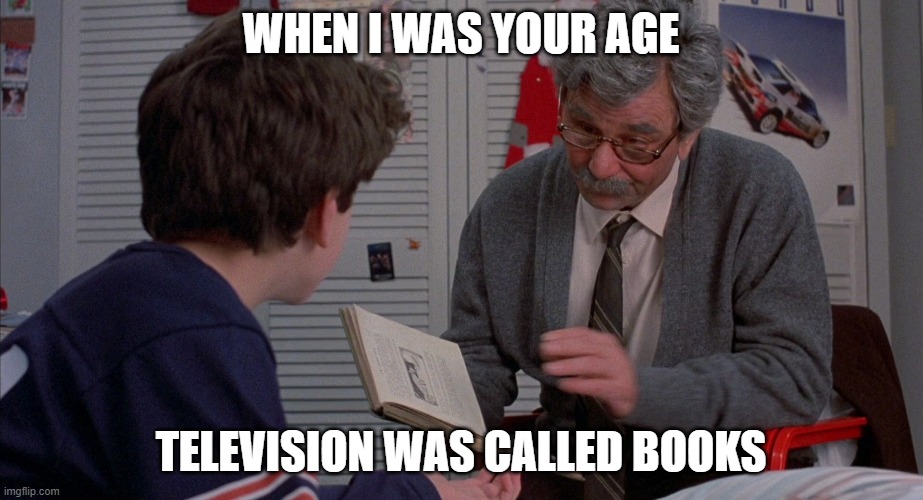 One more. This one is from the Simpsons, and has some pandemic flair. 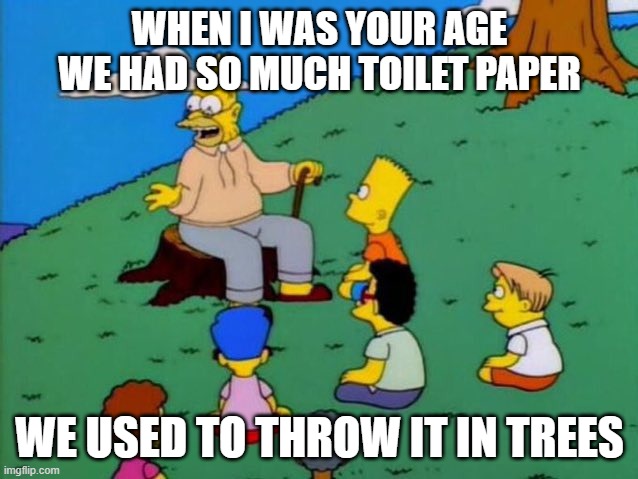 I suppose we all consider toilet paper these days more than we used to!

Previous GenerationsOur text today also has the potential for some substantial generational drama.

The scene begins with Mary, who had just spoken with an angel, and learned she was miraculously with child. The angel then shared that her cousin Elizabeth, who was quite old, and had been barren, was also with child. For nothing is impossible with God, the angel proclaims.

Fresh off this exciting news Mary, who was around 13 years old, and full of vim and vigor, made haste to greet her older relative, who was nearing 90.

In today’s terms Mary would be part of Gen Z.With Elizabeth solidly in the Silent Generation.

Generationally speaking the two were worlds away.

The distance between their towns was also not small. Mary trekked more than sixty miles to be with her cousin, likely by mule or by foot. Regardless of how she travelled getting there would have been hard.

Upon arriving at her older cousin’s house Mary greeted her enthusiastically.

Given their age difference – the two were born 75 years apart – we might expect crossing such a large divide might create some conflict.

Perhaps Elizabeth would express jealousy at the young girl, competing for the spotlight. Elizabeth’s pregnancy after all, as an octogenarian, was a miracle too.

Or perhaps Elizabeth could have gotten sentimental about the good old days, and thrown out a few when I was your age zingers herself. Things like –

When I was your age…– Girls were older before they had kids.– Daughters got permission before travelling so far.– Girls travelled with a man. It’s not safe to go alone!

The much older cousin did none of that. Instead, she did what any of us would have been grateful for in the moment.  Elizabeth offered her young relative her blessing. 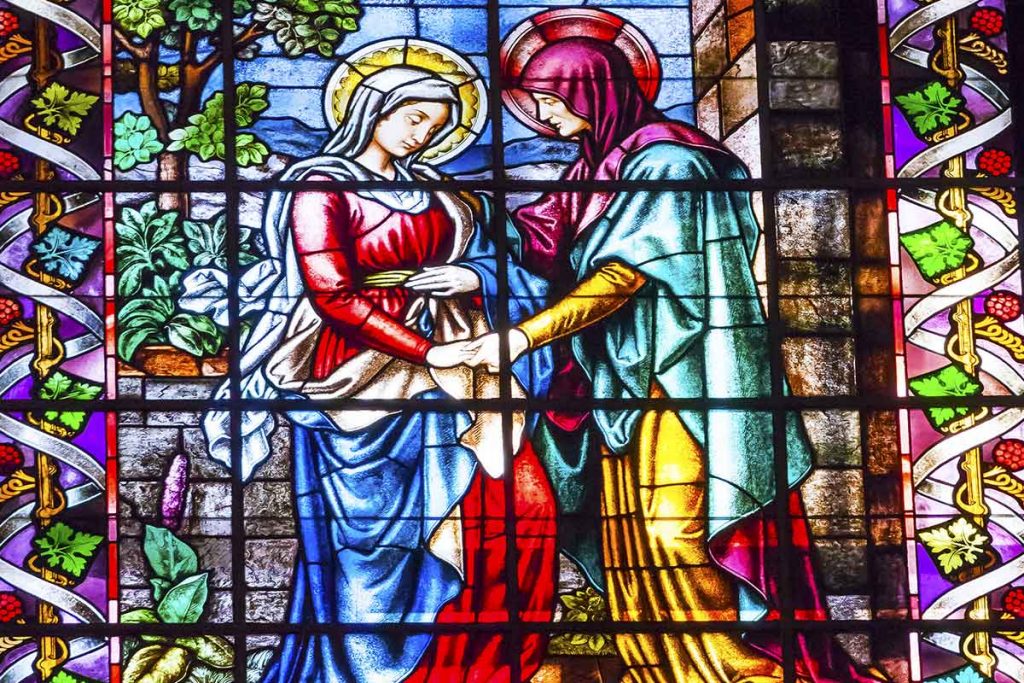 Blessed Mary among all women.Blessed the fruit of Mary’s womb.Blessed she who believed the child was the promised One.

Mary, upon receiving such a wonderful blessing, couldn’t help but to energetically burst into song.

She sang of the mighty one, who had done great things for her.She sang of mercy for those who fear God, from generation to generation.

This is Mary’s song.This is the Magnificat.

From generation to generation. Her song made clear the mercy of God wasn’t for just one generation or another. With this lyric Mary proclaimed salvation for all generations that were, are, and one day will be.

The order of events in Luke 1 suggests that Mary, she of Generation Alpha in our modern vernacular, needed that blessing from the Silent Generation of Elizabeth, in order for the promise of salvation to be fulfilled.

Without Elizabeth’s blessing it’s fair to wonder if the Holy Spirit would have inspired Mary to song. Perhaps the cousins would have just sat down, caught up as relatives do, and called it a day.

Instead today’s text serves as a passing of the torch. This passing made it possible for God’s promises to be fulfilled across the long arc of human history, once and for all.

With these services I found myself preparing three different messages, reflecting on three different Elizabeth’s. Each had lived a faithful life.  Each had cared for others in God honoring ways. Each were wives and mothers who raised children who followed in their paths.  And each, in their own way, blessed future generations by celebrating and encouraging the gifts of the young.

As our journey through Advent concludes –

Let us celebrate the generation where God has planted us. For we are called to a specific time and place and purpose marked by our Creator, from the very beginning.

Let us put aside the generational spats that separate us from each other and cause harm.

Most importantly, let us bless the generations that follow by encouraging them, supporting them, passing the torch to them to lead.

For when we do we take after Elizabeth. A woman that blessed the new life that grew in front of her.  A new life that would soon be born, and forever change the world.  Amen.