Oh that feels so good to say, doesn’t it? With it we proclaim newness of life, renewed hope, confidence in brighter tomorrows. With weather warming, vaccinations increasing, gathering together safely now more possible, in ways we’ve missed – for far too long – there is plenty to be excited about. Thanks be to God!

Today we remember an early morning two millennia ago, that started with three women, some spices, a journey to visit the dead. The women travelling to the tomb had no great expectations. They had seen Jesus crucified with their own two eyes.

The spices they brought would remove the stink of death from the tomb. And honor a dearly departed king. The ritual they went to complete was a chance to mourn, a time to say one last goodbye.

But inside the tomb they found not death, but a young man, dressed in white, very much alive. Was it an angel? Most likely. The angel tries to calm their fears, sharing that Jesus has been raised back to life. The angel then asks the women to do something – go, tell the disciples to meet Jesus in Galilee.

The location of where Christ’s ministry began. The promise of a grand reunion for Jesus and the crew. Where their mission to share God’s love with the world would begin anew.

This must be where the women shouted Christ is risen, right? They must have been super excited to carry out the assignment. Thrilled to get the show on the road, right?

The women ran from the tomb that morning, scripture says, terrified by what they had seen. They didn’t say a word. To anyone. For they were still very much afraid.

At least the women went to the tomb that morning. Their male counterpart disciples hadn’t even been brave enough for that.

And just like that, the book of Mark is over. Done clap. Here ends the reading.

We’re left to wonder what would, or would not, happen next. Based on this narrative, if we’re honest with ourselves, the likely outcome doesn’t seem that great.

So jarring is this first resurrection account ancient scribes later added to it, hoping to tie up loose ends. Yes, of course the women told the disciples, one scribe wrote. Other scribes added even more.

Matthew, Luke and John share a lot about the happenings of a post-resurrection Jesus, walking and talking and fish frys, oh my.

But Mark’s version? It’s a cliffhanger. It’s filled with possibilities, yes. But filled with pitfalls too. It is a story with an ending as yet unwritten.

With so many questions left unanswered I can’t help but wonder. What if the women had stayed in fear and said nothing? Would Jesus had stuck around for a bit, realized he’d been stood up by those who claimed to love him, and then headed back, unannounced, to his heavenly home?

Would the disciples have continued Christ’s work without this grand reunion? Would the early church have formed? Would we be here, right now, talking of God’s mission for the world, and our role in bringing it about?

TodayThe era we live in, more than any other in recent history, is one where we find ourselves increasingly surrounded by death.

Over half a million now gone due to Covid, in this country alone. Hundreds of thousands of which simply did not have to be.

Mass shootings and gun violence continue to rise. Initial estimates suggest daily gun violence surged last year, leading to an additional 4,000 more murders than in 2019. Making it the single worst year for this, in the US, in decades.

All while our politicians offer their best thoughts and prayers.

To which we can only ask, how long, oh Lord, how long? We lament this disregard for human life. We wonder what it will take to remove this stain from our lands.

TomorrowAs the weather warms, as browns turn to so many hues of green, as first vaccine shots turn to second turn to immune, there is so.very.much to celebrate.

We made it! Or at least we’re pretty close. Out of one heckuva season, into a new one. Signs of new life all around us abound.

But, like Mark’s jarring conclusion, what happens next, for us, is a cliffhanger. Filled with possibilities. Filled with pitfalls. It is a story with an ending as yet unwritten. A story that we get to pen.

We’re left to wonder what will, or will not, happen next. Based on where we’re at right now, if we’re honest with ourselves, the likely outcome, to some of the largest societal issues we face, is something less than ideal.

As we increasingly journey out from our homes, like the three women that first Easter morning, we too may have no great expectations of what we will find. Perhaps we expect to encounter a culture that increasingly embraces violence, in thought, word, and deed, as the norm.

For we have seen the harm we can wreak, on each other, with our own two eyes.

Forgive us, Lord, for we have not always loved our neighbors, as ourselves.

In those ways it seems like things may never change.And if we accept the status quo they never will.

Or, we can choose to write a new ending to this story. With plans sent from above, penned by heavenly design.

Light, in places of darkness,Hope, in times of despair,Signs of life, amid certain death.

When we come upon those moments, we too may want to run back to that which we have become accustomed. Change can be hard, even when God knows it is for the best.

Or, we can embrace the divine offer to go, and meet Jesus where Jesus already is, out and about serving fellow children of God.

A Jesus who asks us to –

Lay down our swords, offering healing instead of harm;Consider the well-being of our neighbors as much as our own;Care for those society so often marginalizes, regardless of their –race, ethnicity, immigration status, or who they choose to love.

Last night, my wife and I got chatting about the meaning of Easter, and she suggested a song pairing, Come Alive, from the movie The Greatest Showman. And I gotta say the lyrics smack of new life.

See if you can find the Easter promise within.

The promise of Easter is this: the story remains unfinished. Dear Lord, help us write this next chapter well. Amen. 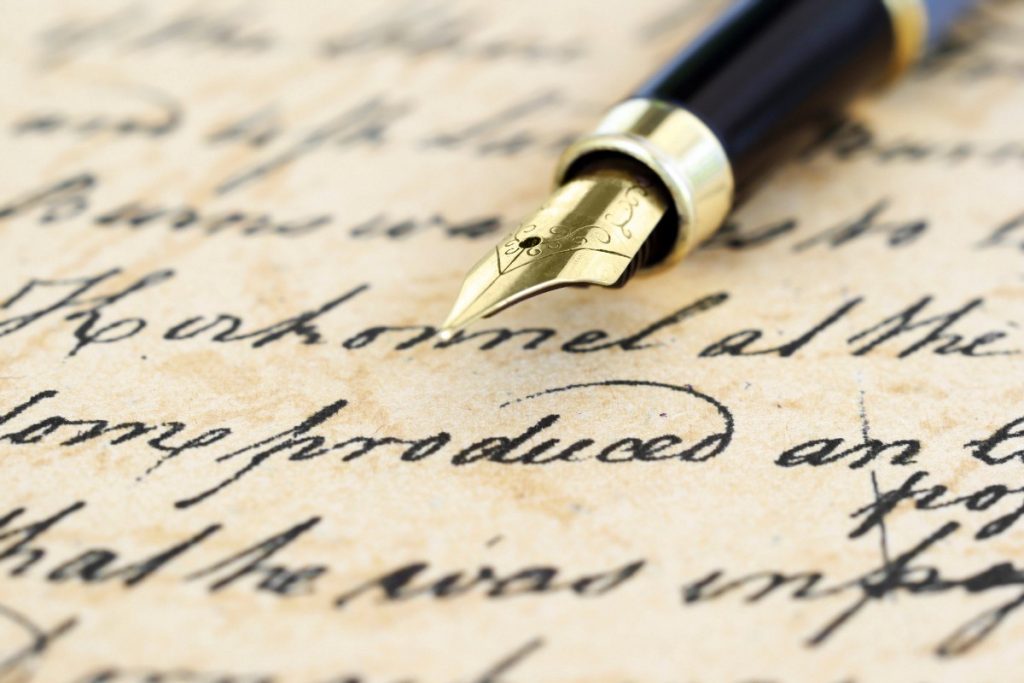