One morning, in early 1971, on a Steinway piano, in a bedroom in Berkshire England, Beatles alum John Lennon composed a song.

The song’s word count is less than grand, clocking in at a mere 129 words. The song’s length, at just over three minutes, is nothing grandiose either. The song didn’t even take that long to produce. A handful of musicians practiced for a few hours, recording only three takes before choosing one for release.

Tho quick to compose, short in length and simple to produce, the song has left quite a mark these past five decades. It became the best-selling single of John Lennon’s solo career. It’s topped multiple music charts globally. And more than 200 artists have recorded cover versions of it, to date, including the likes of Elton John, David Bowie, and Queen.

Heck, the original music video was digitally remastered a couple of years ago, and has already been viewed on YouTube almost 125 million times. Pretty impressive for content almost fifty years old.

So what makes Lennon’s inspiration that 1971 morning so memorable?

Perhaps it’s the song’s title, a lyric repeated six times in the tune, more than any other word. Here Lennon asks us to imagine a world of different design. One with nothing to kill or die for. One with no greed or hunger. A brotherhood of man. All the people, sharing all the world.

The song even asks us to imagine a world with no heaven or hell; theological constructs that won’t be challenged or explored here. Those are questions worth pondering and expanding on separately, for sure.

Yet when asked about the song’s meaning during an interview, Lennon says he was given a Christian prayer book that inspired the concept behind the song.

The lyrics contain a depth of Christian ethos that simply can’t be ignored.

“Imagine all the people, living life in peace,” he envisions.

MarksRomans 12:9-21 has a heading, in many modern biblical translations, of Marks Of The True Christian. A quick count among these thirteen verses reveal no less than twenty-three separate marks. Each imperative an important aspect of Christianity, that, when applied as not merely belief but behavior, provides a visible sign, for all to see, of your faith in action.

There’s so much meat in this short passage it well could be a twenty-three-week sermon series. Or a six-hour message. You are hereby absolved of experiencing either.

Instead, let’s home in on just one imperative from this section. Just one verse, 18. Just fifteen little words.

If it is possible,So far as it depends on you,Live peaceably with all.

PeaceWhich kind of makes me wonder, at first blush, and second, and third – is it possible to live peaceably with all? I mean if Paul had more confidence we Christians could, his word count in this verse could have been cut by a factor of four.

Live peaceably with all.

That sounds so much simpler.So much cleaner.So much more readily memed.

But Paul, as excellent of a God-inspired writer as he is, doesn’t leave it that concise, does he. And we’re left to wonder why.

Paul, of course, had the arc of human history up until that point to reflect on.

The past two millennia arguably haven’t been much better. Crusades, World Wars and concentration camps, oh my.

If peace were more commonplace in our world, there probably wouldn’t be awards like the Nobel Peace prize. We celebrate the rare and unique, not the normal.

Imagine this unlikely exchange:Hey man, you living peaceably with all? Yeah bro, you? Totally. Sweet! Wanna grab lunch?Wouldn’t that be something to hear more often.

Heck, John Lennon, he of the vaulted Imagine song, was murdered in 1980, by a self-described born-again Christian, Mark David Chapman.

Oh the irony. What a fate for a musical genius preaching a gospel of world peace.

If living peaceably with all isn’t the norm then perhaps it’s worth looking at exceptions. Places where peace, against all odds, prevails. Here’s one.

LancasterOn the morning of Monday, October 2, 2006, in a small, rural one-room Amish schoolhouse, in Lancaster County Pennsylvania, hostages were taken. Soon after gunshots then rang out. And by the time the 42-minute ordeal was over gunman Charles Carl Roberts IV had shot eight girls, ages 6-13, killing five, before turning the gun on himself.

On the surface, this is but one more example of the senseless loss of life due to gun violence. One more case among thousands. One more mass shooting. One more symptom, of a fully American illness we have yet to properly diagnose, much less treat.

Is it possible to live peaceably with all?

If this were the end of the story the answer is fairly clear.

But, as you may already know, there’s more to this particular school shooting.

The Amish are best known for their simple living, plain clothing, their reluctance to adopt modern conveniences like cars, television, and the internet.

Less known is how importantly the Amish take their faith, bringing it into practice in all they do. This small Christian sect lives together in tight-knit communities, which makes their faithful belief in grace, forgiveness and nonresistance not abstract concepts, but instead, for the Amish, a daily way of life.

Here’s a few examples of what that looked like, in the midst of this horrible tragedy.

• On the day of the shooting, a grandfather of one of the Amish girls warned relatives not to hate the killer, saying, “We must not think evil of this man.”• An Amish neighbor comforted the killer’s widow, Marie Roberts and her children, mere hours after the shooting, extending forgiveness to them.• About thirty members of the Amish community attended the killer’s funeral.• Marie Roberts was even invited to the funeral of one of the victims.• Amazingly, the Amish community in Lancaster then set up a charitable fund for Marie’s family. This, for a family that would be forever linked with the killing of five of their Amish daughters.

Reflecting back on the experience Marie Roberts wrote an open letter to her Amish neighbors, thanking them for their response. She wrote:

“Your love for our family has helped to provide the healing we so desperately need. Gifts you’ve given have touched our hearts in a way no words can describe. Your compassion has reached beyond our family, beyond our community, and is changing our world, and for this we sincerely thank you.”

Is it possible to live peaceably with all? How this Amish Christian community approached the darkest of days, with grace, forgiveness, and mercy suggests yes.

HelpThat kind of peaceful response to a violent world can’t happen without some help from above. History suggests that, left to our own devices, our own broken, selfish human nature, peace is virtually impossible.

God knows. So do Jacob and Moses and Paul and the Amish of Lancaster county.

Which is why God sent a Son, the Christ. A teacher who modeled right relationship with God, with us. A Prince of Peace who showed us how to live peaceably with all. A savior who shared with us the winds of the Spirit that day in the upper room. Spirited winds that still blow strong, pulling us toward a path of peace we need only follow.

WhoCan you live peaceably with friends, family, coworkers?With the immigrant, both near and far?With the poor, the hungry, the homeless?With the straight, the gay, the trans?With the black, the white, the brown?With the church member with whom you disagree?

Living peaceably with all, if it is possible, is, after all, a mark of a true Christian.

Yet in a culture that values taking an eye for an eye, and a tweet for a tweet, we, as a people, find it incredibly easy to weaponize words, and then fire them back at each other.

And we, as a people, find it incredibly hard to practice this way of peace.

Our violence, in this way, is not of God.

Is it possible to live peaceably with all?

Imagine all the people,Living life in peace.

You may say that I’m a dreamer,But I’m not the only one,I hope someday you’ll join us,And the world will be as one.

With playbook in hand, and guidance right here, living peaceably, with all, depends, ultimately, on you. Amen. 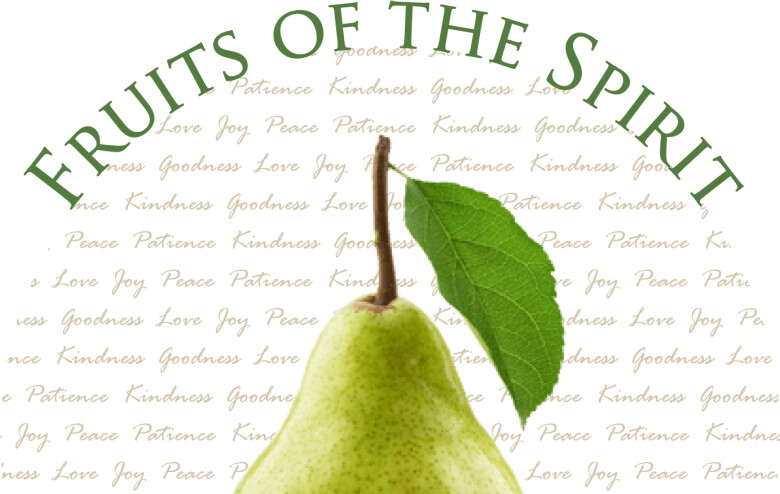 Other sermons in the series

I just love that Rene Clausen piece, "Set Me as a Seal Upon Your...

Thank you to the children for sharing such a joyful noise with us this...

Last weekend, on a crisp October morning, a dozen members of the church...

Investing in the US stock market, over the course of a lifetime, has...

The benefits of getting a good night&rsquo;s rest are fairly well...